Rafe was born at 29 weeks via an emergency c-section. His journey through the Neonatal Unit was quite uneventful and we were able to bring him home after just six weeks.

However, during his first year we noticed that Rafe really struggled to gain weight, and he wasn’t reaching any of his developmental milestones. When Rafe was 14 months old the weakness on his left side became more evident and the hospital advised us that he should have an MRI scan.

Following the scan in February 2019 we were given the diagnosis that Rafe had hemiplegic cerebral palsy.

Receiving the diagnosis was world shattering for us. Our daughter Olivia was born prematurely at 33 weeks and then Rafe was born at 29 weeks, so we thought our most difficult times had passed.

However, the diagnosis really only confirmed our worst fears as we had suspected for a while that things were not quite going to plan. Hemiplegic cerebral palsy was something that neither of us really had any understanding of, and due to the diversity within the diagnosis, we had no idea to what extent Rafe would be affected.

As we were recovering from the news, Rafe was then admitted to hospital with viral meningitis. He spent over a week unconscious in hospital and was very unwell. To have the further worries associated with meningitis piled on top was a lot to take in. We had been propelled into a world that we had no understanding of, with a shocking lack of support.

Once Rafe had recovered and we were all home again, the rest of the year was focused on the community therapy available. We tried to get Rafe to achieve basic milestones like sitting and crawling, but had minimal success, and at the start of 2020, we were given a further diagnosis for Rafe of epilepsy.

We had never heard of The Children’s Trust before but were lucky enough to be referred to the organisation by our community occupational therapist. They believed that Rafe would benefit from a short period of specialised rehabilitation to develop both his motor skills and the use of his left arm, which he could then continue to build on in his community sessions.

Specialist rehabilitation at The Children’s Trust

We travelled to Tadworth in February 2020 for a four-week residential placement. It was only once we arrived that I suddenly realised how little practical thought I had put into our stay at The Children's Trust.

I never thought to come and have a look around beforehand or work out the practicalities that day to day life would entail whilst we stayed - the hope of what we could achieve was too great. Thankfully, we were made to feel so welcome and instantly felt at home. I cannot say however that it wasn’t totally overwhelming!

Rafe was supported by lots of different therapists and had a busy weekly schedule. Physiotherapy, occupational therapy, aquatic therapy, play therapy and speech and language therapy. It was amazing to see the creative ways these were administered.

Rafe's favourite session was probably occupational therapy with his therapist, Marie, who will forever feel like part of our family. She cleverly disguised Rafe's therapy into every part of his day. He also really enjoyed the soft play areas and attending the local gymnastics club.

The medical team supported us with Rafe's new diagnosis of epilepsy. It was confirmed just before our stay at Tadworth, and the team onsite actually commenced his epilepsy treatment and supported us with what to expect.

We felt so supported by everyone at The Children’s Trust. From the admission team and our accommodation manager to the catering staff and the volunteer bus drivers, everyone made it feel like a home away from home. We were instantly reassured that Rafe was in safe hands and that he would be well cared for 24/7.

They welcomed many members of our family with open arms, but most importantly they made Olivia feel so special. She was seamlessly included in activities and made to feel like part of the experience. She has such warm memories of being in Tadworth and it is lovely for us as parents to know that something that impacted our whole family has been positive for all of us.

Rafe has come on leaps and bounds since leaving The Children’s Trust. We came out with all the building blocks he needed to continue progressing at home and within a few months he was walking! Something we were not sure he would ever do.

He has become so much more aware of his left hand and initiates its use much more independently. Thanks to everyone’s hard work he now attends a mainstream preschool and is trouble with a capital T.

It has been a testing time for everyone but such a frustrating time for families like ours where the community provision has been reduced to almost nothing. We will always be grateful that we managed to attend The Children’s Trust just weeks before the first national lockdown and that what we learnt from our stay has helped Rafe to continue his progress. 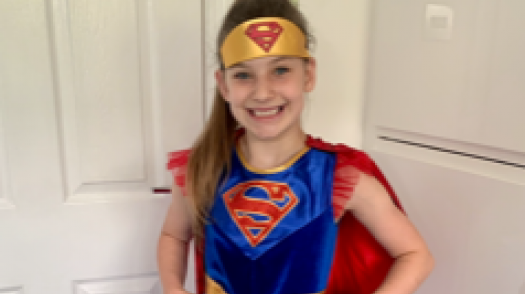 Chloe sustained a brain injury at birth and was given a 50% chance of survival. She has cerebral palsy, epilepsy and other health conditions. Her mum, Joanne, shares their story. 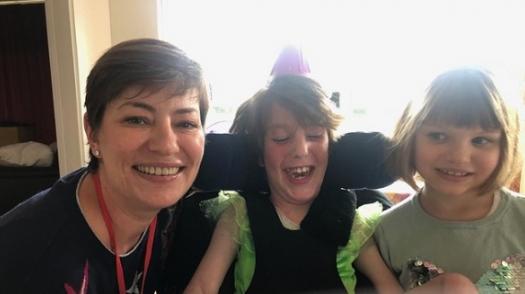 In June 2011 Indiana, known as Indy, was born prematurely at 26 weeks. Mum Sasha shares their story.