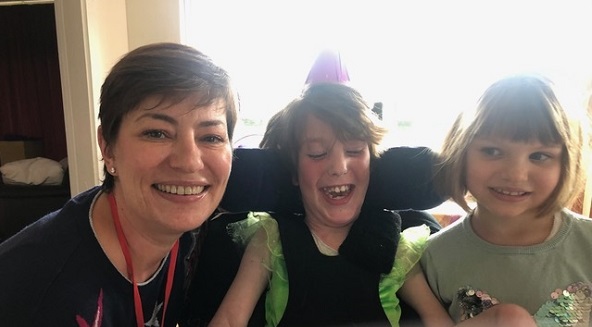 When Indy was born following a short, and extremely difficult pregnancy, I was transferred to Queen Charlotte’s & Chelsea hospital due to its specialist services for foetal and neonatal care.

Indy was born weighing just 825 grams. She was immediately intubated, put in an incubator and whisked away. I didn’t get to hold or touch her, she was gone.

When we were first able to see her, we were just amazed that she was even alive. She weighed less than a bag of sugar, was bright red, and you could see every vein on her tiny body. The size of her forearm was the same circumference as one of my fingers. It was totally and utterly devastating!

Indy stayed at the neonatal unit for about three weeks, and doctors said that given her size she was in a good condition and healthy. They did an MRI scan and at that point all was normal. Given that she was doing so well, the decision was made to transfer Indy back to our local hospital so I could visit easily and help with feeding.

However, within 24 hours of arriving Indy contracted her first infection and things started to deteriorate quickly. She stopped tolerating feeds and her stomach began to extend and change colour.

Indy was diagnosed with a disease of the bowel called Necrotising Entrocolitis (NEC). She had to be intubated again as she could no longer maintain blood pressure and her lungs had collapsed.

We were transferred to Chelsea and Westminster hospital in August where we were told that Indy may not survive the surgery she needed. And if she did they may not be able to remove the necrotic part of her bowel depending on the damage.

After hours in surgery, doctors confirmed it had been a success. We were just happy that she’d survived and we were through the worst of it.

However, two weeks later we attended a meeting to discuss Indy’s prognosis. There were two consultants and our nurse in the room. I could tell that there was something that we didn’t know yet.

I can honestly say I have never experienced pain like it. I just couldn’t comprehend what was being said. Indy had sustained considerable brain trauma, and it was irreversible.

We were told that she had Quadriplegic Cerebral Palsy and that it was likely to be of the most severe kind.

Caring for Indy’s needs at home

After nearly six months in hospital Indy was able to go home in November. It was then that reality hit.

I had to learn very quickly about caring for a baby with a stoma, as well as feeding a baby with a naso-gastric tube. But she was home, and I was willing to learn and do everything I could in order to keep her safe and healthy.

In May 2012 Indy went back to Chelsea and Westminster hospital for the reversal operation of her stoma. It didn’t go well due to constrictions of the bowel, and she had to stay in hospital for another six months. She was put back on TPN (parenteral nutrition) meaning she was fed intravenously via a tube.

We were finally discharged in September, and at this point Indy was back to being fed orally via bottle, and had even been introduced to some solids.

I was also pregnant with our second daughter Domini, so it was a very nervous time considering all the complications I’d had with Indy. Thankfully Domini arrived healthy and well in February 2013.

Indy started school at Linden Lodge, Wandsworth, in 2014. The transition was difficult due to her separation anxiety, but the family persevered and she grew to love it.

Sadly, Indy only managed half a term before her health deteriorated once more. She was hospitalised in May 2015 having contracted pneumonia. We nearly lost her again.

Consultants inserted a gastrostomy and then a J-peg to try and feed her but it didn’t work, so for the third time she went back to being fed intravenously and how she is still fed today. After another five months in hospital, Indy was discharged.

Thriving at a special school

Indy has spent almost two and a half years of her life in a hospital and has had 20 procedures under general anaesthetic. Naturally this has had an effect on the whole family.

As Indy got older, I found it more and more difficult to cope with her medical needs on my own, as well as taking care of her younger sister. And there were times when Domini had to be somewhat side-lined in order to make sure Indy had what she needed medically.

In May 2019, Indy secured a placement at The Children’s Trust School. She feels very at home with her peers and we are delighted that she is so happy and comfortable in her new surroundings. It’s all we have ever wanted for Indy.

Now I’ve also been able to spend some much needed quality time with Domini and do things with her that I wouldn’t have been able to before.

Obviously we miss Indy terribly but we see her every weekend and I still attend all her hospital appointments. I am becoming more involved with the activities at The Children’s Trust school and am planning to become a parent governor for the school. 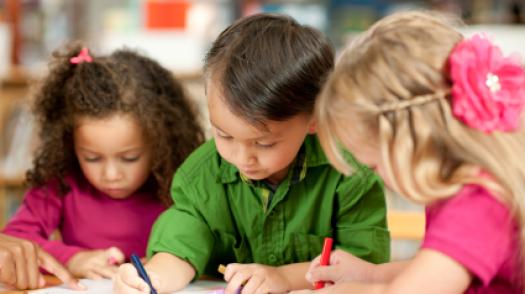 Read our guide to special education after a brain injury. 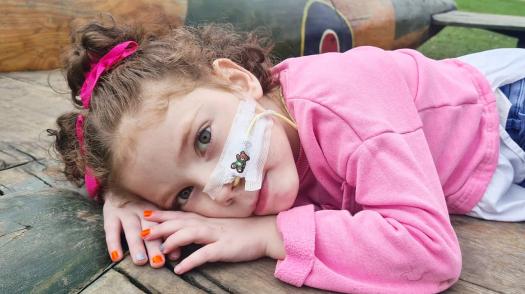 Parents of Sofia, born at 26 weeks gestation, talk about caring for a child with a brain injury and how legal advice, leading to a clinical negligence claim, has helped the family.

The Children’s Trust School is a non-maintained special school supporting children and young people aged 2-19 with a wide range of needs including complex education, health, therapy and care requirements. Based in leafy Tadworth in Surrey, just off of junction 8 of the M25, we are a regional school admitting children from a wide catchment area.