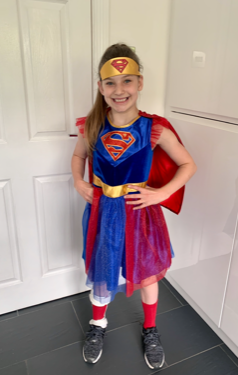 We had gone through IVF to conceive Chloe so it should have been a very special time for us. However, her birth turned out to be very traumatic; the worst time of our lives.

Chloe was born with a brain injury and given a 50% chance of survival. She suffered from Hypoxic Ischemic Encephalopathy, which is a lack of oxygen to the brain, and neonatal sepsis. She fought hard, even as a tiny baby in the special care baby unit. She was having seizures up to seven times a day.

The doctors told us she may never suck or swallow, let alone walk or talk. They used a procedure called Brain Cooling to reduce further damage to her brain and Chloe has heavily medicated to stop her from fitting.

It was a huge shock to be given the news of how sick she was. I was very poorly also and in hospital for 10 days. My gut feeling was a lot more positive than the doctors and I just knew she would be ok weirdly. 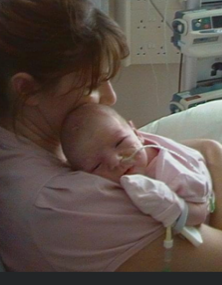 Even though the doctors were asking us as parents if we would like a vicar to hold a christening in the hospital I said, ‘No thank you, she is going to be fine.’ They all looked at me like I had 10 heads! But how right I was. Thankfully, she sure is tough and has continued to prove everyone wrong.

We didn’t get much help when we left hospital; there was no support offered to us. It was all a bit of an unknown journey ahead. We didn’t know how she would be growing up and that was a very scary time for us.

I think friends and family were afraid to ask about Chloe’s condition when she was first born. I feel I should have had counselling at the time, but I have learned to cope now and Chloe has achieved so much since then!

Chloe has right-sided hemiparesis which affects the right side of her body. She struggles to use her hand for two-handed actions like buttons, laces, toothpaste on a toothbrush. She also wears a splint on her leg which she has had since around three years old. She did not walk until she was two.

Chloe was doing as well as could be expected but to our horror Chloe started having nocturnal epileptic fits aged seven, for which she is now medicated on Tegritol.

Chloe has had a team of doctors and specialists all her life. She has physiotherapy, occupational therapy, neurology and orthopaedics. She also has EEG tests, is seen by eye specialists and an epilepsy nurse and has endured many blood tests and ECGS. But she never complains.

Chloe has memory blocks and sometimes asks the same question twice. We use flash cards at times and they have always worked with her needs and she finds that fun. That’s important.

She gets fatigued as she is not only mentally injured, but physically too. She eats little and often to give her the energy boosts she needs. She has ADHD which is mild and is attention-based, affecting her concentration. She is medicated for this for school work only.

We are currently awaiting a report from an educational psychologist but feel that Chloe is struggling a lot with mathematics and has very basic understanding. She is gifted in many other ways though and good at reading. 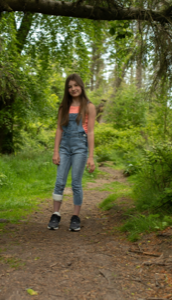 My advice to others who are experiencing something similar to us is to stay positive and ask for help if you need it. Do not be afraid to ask questions or reach out, it will only come back and haunt you in later years.

Chloe was born with a beautiful heart and loves to help people. She is a dedicated fundraiser and likes helping people. She has raised thousands of pounds for our local Isle of Man Hospital, and has done many charitable acts. She has recently raised £12,780 to pay for new parent beds in the children’s ward and the leftover money bought new ipads and games for the children. Chloe received a BBC North West Christmas Star in December 2019 for her fundraising.

Chloe has just completed the Superhero TRI and she is currently raising money for Make-A-Wish. Chloe ran 1k per day for 20 days on her treadmill and has raised £1510 so far.

To top it off, she has just been awarded a Princess Diana award for her humanitarian efforts, we were all shocked but delighted!!

She has determination and grit and we are so very proud of her!

When a baby or infant sustains a brain injury the impact it has on them may be different to that of an older child.

A look at some of the key issues for children and young people who develop epilepsy following a brain injury.