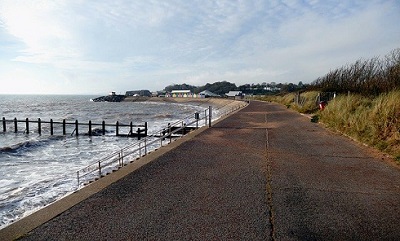 In 2013 we were approached by Bobby’s mum. Her son had sustained a very severe traumatic brain injury at the age of 19 resulting in severe and complex neurological problems. He had been injured at work.

Bobby had a combination of complex residual physical, communicative and cognitive defects requiring full assistance with all activities of daily living. He needed support with all of his communication, simple choice making, safety, mood and anxiety monitoring. With regards to his physical difficulties, Bobby had complex tetraparesis with weakness, spasticity, left sided ataxia and poor neck and trunk control. He had severe communication impairments and was at a high risk of self-neglect.

Life for the family

As Bobby was an adult, his mum was travelling from London to Cambridgeshire twice weekly to visit him, as well as holding down a job and caring for her younger daughter. Her world had been turned upside down and she had devoted herself to Bobby, acting as his therapist in carrying out cognitive exercises with him and taking him out and about as much as ever possible with a very basic and clunky wheelchair.

The legal claim for liability was straightforward and we were able to resolve that issue and get interim payments very quickly. Implementing the right rehabilitation package has been more complex and was imperative to put in place to ensure that we could sustain the long-term support and care needed for Bobby.

We gained very early evidence that living in his own home would be the best option for Bobby. As so often with these cases, this position was refuted by the Defendant whose experts all concluded that independent living would be the worst possible outcome for Bobby. He would be isolated, he would be neglected, he would have no peer support and he would be very lonely and likely to regress further.

These were powerful arguments which frightened Bobby’s family who felt unable to take such a huge step and wanted to try other options before embarking on a trial of independent living. We had to listen to the family and respect that decision and ensure that they were on board with the next steps for Bobby’s rehabilitation.

Sadly, Bobby had various setbacks with his health which impacted on his mood and his health regressed. As his awareness improved, Bobby became more prone to periods of low mood, distress and lack of engagement to the detriment of his health such as refusing feeding, drinking and activities.

As such, we trialled several options, and worked on improvement on Bobby’s mood. This included a move to a care home near the coast as Bobby loved being near the sea.  In that residential setting we were able to arrange a full care package including care workers, neuropsychology, neuro occupational therapy, neuro physiotherapy and aquatic physiotherapy, speech and language therapy, postural management and music therapy.

A specialist brain injury case management company was commissioned at this point to manage this large team. However, progress was not made, and the clinical team were unanimous in their opinion of why this was the case. The particular care home was just not suitable.

Moving Bobby from a care home to his own home

By this time Bobby’s mood had improved considerably and his mum had the utmost faith in the case manager and therapy team. As such, she agreed that it was time to move her son into his own home with his own team. There was a ‘best interests’ meeting involving the whole family, therapy team, the Deputy and support from Irwin Mitchell’s Public Law Team. There was unanimous agreement that it was time to trial independent living.

Once a decision had been made, Irwin Mitchell moved quickly to ensure continued support and rehabilitation for Bobby. It made an application to the High Court for a significant interim payment to fund this, and successfully argued for this bespoke package of rehabilitation and support to be provided in the community.

Within seven months, Bobby was in his own home, a privately rented and adapted bungalow with access to the seafront.  Bobby requires a very specific 24/7 rehabilitative response which needs a dedicated 2:1 staff team, supported by a skilled multi-disciplinary team of therapists.

This was all put in place by the specialist brain injury case manager.

It was vital to put Bobby’s mum, sister and grandparents at the heart of the process. Mum interviewed the new case manager to reassure herself that he was the right person to make this work and she and the family were also very involved in finding the right property, carrying out the adaptations and decorating Bobby’s new home. For the first time in seven years the whole family were able to celebrate Christmas together.

Bobby has made tremendous progress since the move to his own home. He is engaging in activities such as sailability, including a sailing trip to Cowes, adapted cycling and, an indoor skydive. He is also now able to make choices using low tech aids such as talking mats and is able to play games and make choices using eye gaze technology. Irwin Mitchell involved an Assistive Technology expert and he was able to recommend that Bobby trial more sophisticated switches and buzzers. Bobby is now using switches to operate kitchen appliances and a joystick for gaming.

Bobby has made significant progress in his neuro physiotherapy sessions such that he is now able to stand with support. Three months aftermoving into his accommodation, his PEG feeding tube was removed, he is now able to use a more standard wheelchair and he now has a consistent yes/no.

Most recently he has engaged in music therapy jointly with a speech and language therapist and has written a rap! In August 2019, Bobby was finally able to say ‘hello’ to his family; the first time he had been able to speak to them in eight years. He also spoke and wished his sister ‘happy birthday’, a moment captured on film that would melt the coldest of hearts to see.

It is well evidenced that successful rehabilitation and good outcomes are best achieved by a consistent, high frequency specific approach.

Bobby is now receiving this from his therapists and Support Workers providing 24-hour rehabilitation, thus improving every aspect of his wellbeing and potential.

It has now been one year since Bobby moved to his own accommodation. He has exceeded all expectations in what he has achieved and is continuing to do so. From a legal perspective this is a great working example of the whole legal team working together and none of this could have happened without support from Bobby’s family.

Everybody involved has put Bobby at the heart of the legal process to achieve his absolute best potential.

This case study was provided by Sarah Griggs in Irwin Mitchell’s serious injury team. It is an extract of an article that first appeared in APIL’s PI Focus in February 2020.

Our Q&A on legal advice: serious injury, provided by Irwin Mitchell, helps families understand more about making a claim after a brain injury.

Knowing whether to make a claim after a brain injury can be confusing – law firm Irwin Mitchell’s Sarah Griggs shares her advice for families.

Residential short breaks at The Children’s Trust offer flexible, nurse-led care for children and young people between the ages of 0-18. Set in 24-acres of beautiful woodland at our national specialist centre in Tadworth, Surrey, we offer overnight stays in comfortable, fully-accessible bedrooms, available seven days a week.