Thomas went into cardiac arrest while the hospital staff were trying to rehydrate him in A&E at Royal Derby Hospital. He was down for about 12 minutes. We were as close to losing him as you can get.

I can only explain it as the worst time of my life and I think I'm safe in speaking for his father and saying it was the same for him.

Thomas was transferred to the ICU at Glenfield Hospital in Leicester for specialist cardiac and ventilatory support (an ECMO machine) having daily blood transfusions. He did briefly wake up whilst there, which gave us hope that he was still with us, and he was fighting just as hard on the inside as the hospital staff were on the outside.

After a week, Thomas was stable enough to be moved to Queens Medical Centre in Nottingham for further monitoring. I think it was predominantly for his kidney function, but it could have been the liver. Honestly, looking back now it is all a bit of a blur – which I’m grateful for.

This was where he had his scans that showed widespread changes in his brain. Thomas’ brain had been damaged. You can imagine our reaction to this news.

Thomas spent a week in Nottingham on the children's ICU. When they were happy with all his test results, he was transferred back to Royal Derby Hospital to start his rehabilitation treatment. He was basically a stroke victim and had to learn to do everything again. Eating (swallowing and chewing), toileting, talking and walking.

It was like he had returned to being a toddler but in a teen’s body.

Discharge due to the first COVID lockdown

With the consultant’s approval, I signed Thomas out of hospital when the first COVID-19 lockdown started in March 2020. I had a huge fear of him contracting another virus, which may have taken him from us.

I was told about The Children’s Trust Brain Injury Community Service (BICS) by the hospital team in Nottingham and was referred to them as I was totally out of my depth and had no idea of how or when Thomas would return to education. It may sound silly but that was my biggest fear about returning to 'normal life’ after hospital.

I cannot express how much support and help Alison and the BICS team were for me; they took the lead with Murray Park – Thomas' school – and met with them to discuss his abilities, what to expect and what he may or may not be capable of.

There were also conversations about the adaptations that Thomas would need and how to work with him going forward, all while keeping me informed of any plans implemented.

Getting back to school

Alison Fletcher, Brain Injury Community Service Professional Lead – MTC, worked closely with our family and here she explains how the team worked with Thomas. She said:

“Thomas’s first move back into education was through the hospital school which had a specialist unit and then I worked to support his transition back into secondary school.

“I think the COVID-19 pandemic had a significant impact in Thomas’s case – without it, the return to school would probably have looked different. His return home was happening around the time of the first lockdown, which felt like a fairly chaotic time for everyone and I think Rayna was worried Thomas was going to get forgotten within this.

“In recent months the school has really embraced Thomas’ rehab needs and have been really impressive in their care! I was invited to meet with teachers in March 2021 to update them on his injury, rehab to date and their role in his ongoing recovery and I was absolutely thrilled there were about 65 teachers for the virtual training session!”

As Thomas' mum, I honestly feel I would have been totally incapable of dealing with this without Alison’s help and I was terrified Thomas would just slip through the cracks and become a statistic. I don't think I can emphasise just how much this support meant to me. It was, in my opinion, the next most important factor in Thomas' recovery after his medical treatment.

Continued progress and looking to the future

Thomas continues to have physiotherapy and speech and language therapy with his community teams and is now in school full-time. I'm not fully aware of the physical actions being implemented in the school yet as due to the pandemic Thomas is within a bubble in 'The Hub' (a quiet zone) so has yet to fully integrate back to mainstream classes, but this is all in action as we speak.

I now have my funny, moody (teenager), sarcastic, bright and very loving boy back. Yes, he still has issues to overcome – his speech can be a problem sometimes and his balance can still cause him issues – but he is my Thomas and he is not a statistic.

It’s down to his hard work and determination – his bloody mindedness he gets from me – and all of the help that we received.

It is not until you reach your lowest point in life that you realise how many caring people there are out there that offer these types of services and hold out that guiding hand in dark times to help.

I am, and always will be, extremely grateful to everyone who helped me get my boy back and I don't think that ‘thank you’ does any justice for how I truly feel. 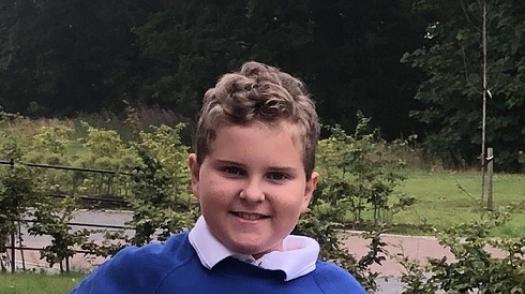 Henry was diagnosed with encephalitis at the age of four. Mum Andrea talks about changes in his behaviour following his brain injury and seeking support. 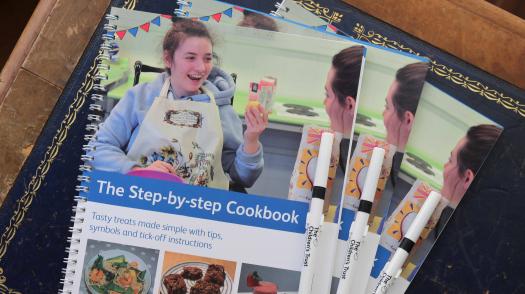