In 2014, our four-year-old son Henry had a mycoplasma infection that went into his brain and caused encephalitis of the cerebellum. While he was ill, the doctors also discovered a Chiari Malformation 1.

We were actually relieved at the diagnosis because the alternatives were much dire. We were told Henry would recover completely.

Henry left hospital after a week – but we were not given any information at discharge. We would have liked to have known things like when Henry should return to school. We sent him right back to school and that was a mistake. And our GP did not get his information for six months!

Henry’s return to school – and a change in behaviour

At first, Henry was incredibly aggressive at school. He also had sensory issues and had to wear ear protection at school. He could not participate in school activities and only attended school for one hour a day in primary 1.

Henry suffered horrible headaches and felt like ants were crawling in his head for the first year. We had some physical therapy and follow up appointments. However, no one could tell us why his behaviour had changed so much.

We were told Henry’s behaviour would improve or that it was not important or that he probably had something else going on. He was also repeatedly denied CAMHS treatment. He had one-to-one help in primary 2 and started attending full-time. Henry seemed to do better and better until he was nine years old and things started to deteriorate again.

After paying privately for a neuropsychological assessment because we were denied by the NHS, we found out Henry had acquired brain injury. He now has a clinical psychologist in the NHS who is trying to get him the right support in school.

Henry has social competence and executive function issues. He also has sensory problems, especially with noise and smells, and he struggles with handwriting. He is developmentally much younger than some of his peer group and struggles to interact appropriately. Henry does seem to be intact cognitively, and his tests show he is quite bright.

The struggle for support

We were very disappointed with the support we received from the NHS. We had to pay for private educational psychology testing and neuropsychology testing as well as play therapy and social skills training. We were dismissed at every turn. It took lots of letters and a responsive paediatrician who referred him to various services to get our child back into the system.

The school has also been a disaster with staff telling us outright that he is purposely behaving badly and that he is not learning anything (even though tests say something different). We have had one brilliant teacher who supported him and that year was positive for our son and our family.

Still, everyone else has been fairly punitive with him, which actually makes Henry’s behaviour worse. People think that because he is physically and cognitively intact, then he must not have a neurodisability.

It was such a relief to speak with The Children’s Trust’s Brain Injury Community Service and Child Brain Injury Trust (CBIT) and have someone listen and then understand what we are going through. The Children’s Trust gave me the information and understanding of Henry’s brain injury; this enabled me to write letters to his medical team and get the right care for him. Our family is eternally grateful to both these organisations.

Having finally made it to the NHS clinical neuropsychologist, we are getting confirmation of Henry’s brain injury, and that too is a relief because we have known something was not right since he first came out of the hospital. You start to doubt yourself!

The effects of Henry’s brain injury

The biggest effects of the brain injury are Henry’s inappropriate social interactions and impulsivity. His neuropsychologist is helping the school support him. We act out social situations at home and talk about alternatives. We have also given him 'scripts' to use.

It is early days, but we hope it will help. Fatigue is also a big problem. Henry attends school part-time. Other issues are slow processing, brain fog, and a handwriting disability. Henry is allowed to type at school.

Plans for the future

We would like to see Henry attend a special school. This does not seem to be an option right now. He goes to high school next year with the expectation he will attend a hub within the high school. The hub is for children with support needs. They attend smaller classes with more adult support.

Henry also has a Chiari Malformation 1. He is not a candidate for surgery, but he does get occipital headaches, neck pain, and joint pain, which also affects his emotions.

What advice would you give to other parents

The best advice I received is to always advocate for your child. There are times when I feel overwhelmed by the negativity and lack of understanding for his situation.

Online support groups run by The Children’s Trust and CBIT are incredibly helpful to understand that you are not alone in this journey.

The impact on families is immeasurable so anything you can do to support your relationships will be helpful in the long term. 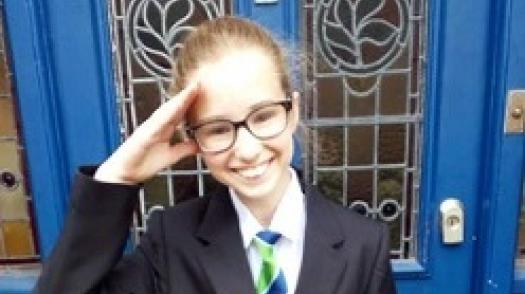 Mum Amanda talks about her daughter’s experience of transitioning from Year 6 to Year 7 and shares her tips and how she got support.