My 13 year old daughter Nieve was run over by a car in July 2018. She was a pedestrian on the road when she was struck by a drug driver travelling at 40 miles per hour.

She was taken immediately to Paediatric Intensive Care at Alder Hey Children’s Hospital where she stayed for 22 days in an induced coma. I was told she was critical.

I would sit there watching the machines with no control over anything and waiting for a miracle to happen.

In the meantime, Nieve’s brother still had to be taken to school so I would drop him off first and then take six busses to the hospital every day. Emotionally and physically, it was exhausting.

But very slowly, Nieve started to improve. I cannot even begin to explain what a relief it was. I stopped watching the machines so closely and let myself think about the future.

Six months after the accident, we arrived at The Children’s Trust for intensive rehabilitation. A programme of Physiotherapy, Speech and Language Therapy, Music Therapy, hydrotherapy, psychology and education.

Music and fun were her motivators and staff ensured these played an integral part of her therapy.

When we first arrived, she couldn’t stand, walk, talk or feed herself. She struggled with memory loss which was particularly difficult for Nieve as she was one of the smartest kids in her class. In fact, she was in the top 10 out of 270 in her year.

Emma Morton, Nieve’s Speech and Language Therapist, comments: “Through speech and language therapy we worked on building up and strengthening Nieve’s voice, as well as helping her to re-learn how to articulate all the sounds needed for speech accurately. She could generate speech but the muscles involved were very weak. Alongside music therapy, we used notes on the guitar and piano to help her hold long notes.

“She’d take a deep breath at the start, and then let the breath out to the music and try to make it last to the end of the note. Increasing Neive’s breath support was one of the elements needed to help strengthen her voice and increase her intelligibility. When she first arrived at The Children’s Trust she would write down what she wanted to say, but by the time she left we could understand 90% of what Nieve was saying.”

Nieve’s Music Therapist at The Children’s Trust, Claire Brook, adds: “Each week we would record Nieve singing to create an audio record of her progress that she could listen back to. Warm-ups were included to increase her flow of breath and raise the audibility of her voice. These often featured particular words or phrases from the song she was working on. Nieve chose songs that expressed how she was feeling and that were motivating in her recovery. She was motivated by a desire to get her voice back as it sounded before her injury, and she certainly excelled in doing so.”

Now, Nieve can take steps by herself and has grown in confidence. She has wasted no time bossing me around.

To end her time at The Children’s Trust, Nieve, along with staff and friends sang ‘stay with me’ by Sam Smith just before she rang the going home bell. It was such a proud moment for me.

It's Nieve’s ambition to walk down the aisle at her cousin’s wedding and what seemed impossible a few months ago is starting to become a reality. 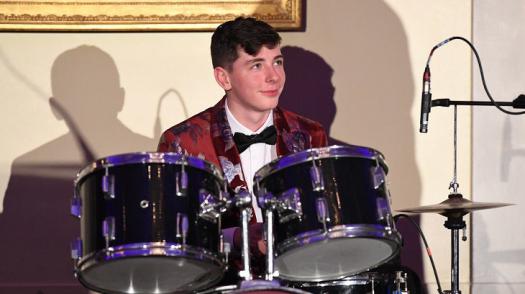 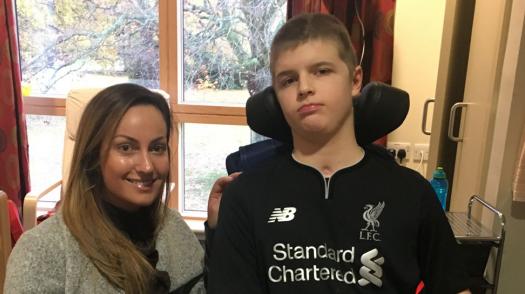 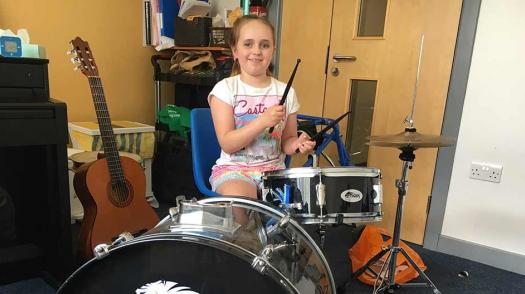