On Thursday 28 June 2018, our world turned upside down and it’s a day that we’ll unfortunately never forget. Just before her weekly dance class Issy had an ischemic stroke. She was transported to St Peter’s Hospital in Chertsey and placed into a medically induced coma before being transferred to St Georges Hospital in Tooting, where she was taken to the PICU ward. There an MRI scan confirmed that Issy had in fact, had a stroke.

I knew what a stroke was, and I knew that they are one of the leading causes of death and disability in the UK – but what I didn’t know was that a stroke can affect anyone. Issy was fit and healthy, with no pre-existing health issues.

On the third day in hospital, Issy woke up. She couldn’t talk, she couldn’t sit. She just lay there. You could see it in her eyes she was scared, but she tried to give us a smile. Seeing her awake, I could finally breathe again. We were elated that she had pulled through, but we had no idea of the journey to recovery that would follow. This was only the beginning.

Issy was diagnosed with aphasia – a speech and language impairment – and paralysis on the right side of her body, with drop foot. The stroke had left her unable to talk, to swallow, to walk or even to sit unaided. She had lost all her basic skills. We were back at the beginning and she would have to relearn to do everything again.

Issy was transferred to the Nicholls Ward and surprised everyone when she started to make progress. Her speech slowly improved, she re-learnt to swallow foods and was soon able to stand and sit unaided. Drinking fluids and walking took a little longer. Issy had severe drop foot and a hyper extended knee which would snap back when she put any weight on the right leg.

Issy was talking, but in simple sentences. She had a short attention span and still struggled finding words. She could walk but needed to strengthen her muscles around her hips and glutes in order to minimalise the limp she had, and she had no strength in her right arm.

At The Children’s Trust, Issy’s rehabilitation included occupational therapy, speech and language therapy, aquatic therapy and music therapy. She loved using the hydro pool and within weeks she was happily swimming around independently.

Physiotherapy was twice a day with each session being slightly different to keep Issy focused and engaged. Exercises included walking forwards and backwards on a treadmill to retrain her brain in heel to toe walking and reaching up with her right arm to touch or pop bubbles. Eventually as Issy got stronger, sessions could take place outside to help her find ways of using the playground equipment safely.

One of Issy’s goals was to climb the rock wall, and eventually she managed to do just that. The day Issy completed the first low level wall is one we will never forget. Something that other children her age could take for granted, was such a pivotal moment in Issy’s recovery journey and inspired her to then set more goals – and go on to achieve them.

In November, three months after arriving at The Children’s Trust, Issy rang the going home bell to signify the end of her rehabilitation and celebrate all that she had achieved. Two weeks after leaving, Issy went back to her mainstream school, and within days of being back, she had competed in her sports day with no support, and signed up for a golf tournament.

Today Issy continues to surprise friends and family with her remarkable progress. She went back to her dance class, ran her first 2k park run, and even started rock climbing lessons. She’s also conquered the ArcelorMittal Orbit – the world’s longest tunnel slide – based in the Queen Elizabeth Olympic Park in London.

There are no words to describe just how grateful we are that Issy went to The Children’s Trust. It provided us all with a safe environment to come to terms with what had happened and felt like home very quickly.

Issy arrived weak and unsure of her future, but walked out confident, happy, independent and excited to get on with her life. The Children’s Trust has given us our Issy back. As well as her own recovery, she is now also focused on raising awareness of childhood stroke and supporting other children in similar situations. We are incredibly proud of her. 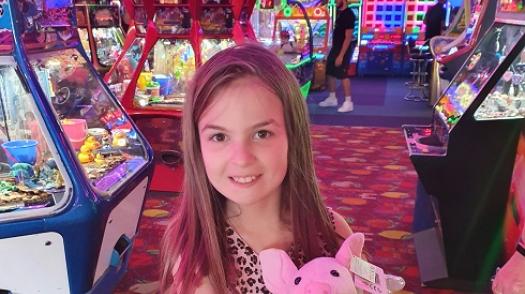 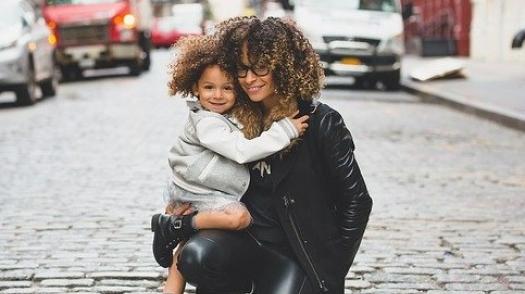 Mums, dads and professionals gave their tips at the Stroke Association’s 2019 parent support and information event.