Finn was diagnosed as having a mitochondrial disease, a chronic, genetic disorder, at just seven months old. “I knew something wasn't quite right about a month after he was born,” explains mum Debbie. “I couldn't say what it was, mothers instinct I guess, even though he was my first born.” After the diagnosis his doctors advised that Finn would probably not make it to his first birthday.

“Finn was generally a very smiley happy baby, but we did have episodes of screaming and him not sleeping, which would then lead to some very nasty seizures.” As Finn began to grow, so too did his needs. “Life was hard,” said Debbie, “we were just taking one day at a time.”

When Finn was 4 years old, the family grew as younger sister Maisie was born. “I can’t put into words how special the bond between them is, it’s just amazing! But it became incredibly difficult having to be housebound when Finn was home, and it started to have an effect on Maisie.” As he got older, Finn became increasingly unhappy at home. “He needed a lot of stimulation, and enjoyed being sociable,” explains Debbie, “but it would take us two hours to get out the house just to go for a walk. And the more he grew the more I just couldn’t manage.”

Finn was so unhappy and physically Debbie could not meet his needs anymore. It was then that he was accepted as a full time residential pupil at The Children’s Trust School. “The change in Finn is so overwhelming, it has opened up a world I never thought he would have. He has after school clubs, he is able to go swimming, and just have the life he should - like any other 14 year old boy. All the staff are so wonderful and I honestly don’t know where we would be today without The Children’s Trust School. They have changed all our lives for the better.”

“Finn usually comes home at weekends and we are able to visit 3 or 4 times a week,” said Debbie. “Sadly this is not the case at the moment as I’ve made the decision to not visit The Children’s Trust whilst the current government guidelines are in place. It’s heart breaking not to see Finn, and I struggle with it daily, but I feel it would be completely unfair to risk the health of any of the children and staff onsite. Especially as the staff are all going to such great measures in order to keep our children safe.” 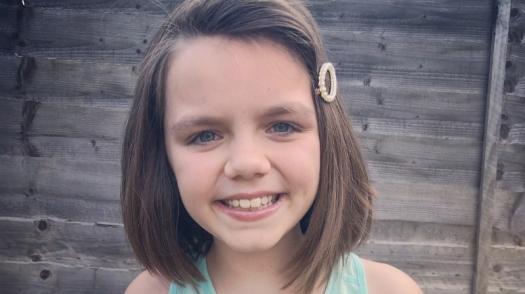 In June 2018, eight year old Issy was about to start her weekly dance class when she had a severe ischemic stroke caused by a blockage cutting off the blood supply to the brain. Issy was fit and healthy, with no pre-existing health issues. 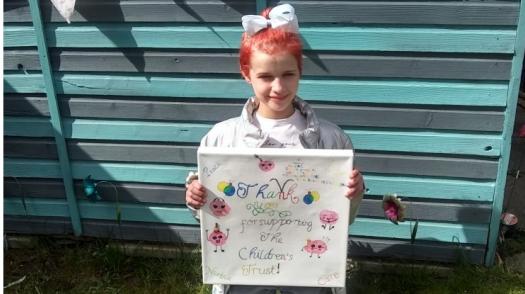 In July 2019, 12 year old Mia was involved in an accident whilst quad biking with her dad. Having sustained a serious head injury, Mia was put into an induced coma at the scene before being airlifted to Addenbrookes Hospital. 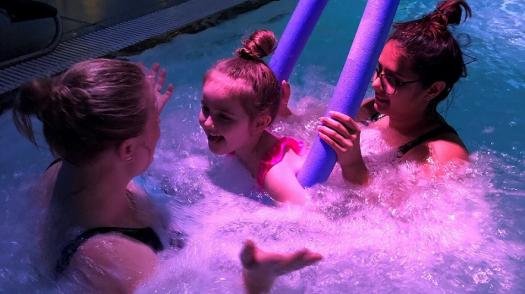 Mollie was just three years old when she became ill in August 2019. However, what started as a nasty virus, very quickly turned out to be every parent's worst nightmare.