In July 2019, Mia was quad biking with her dad when she was involved in an accident. She sustained a serious head injury and was put into an induced coma at the scene before being airlifted to Addenbrookes Hospital.

Mia spent a week in intensive care as the doctors tried to control the pressure in her brain, but there was no real progress.

They then explained that they would have to remove part of Mia’s skull to allow the brain to swell. However, it didn’t work and after the surgery her team quickly discovered she had a blood clot. With no time to waste, Mia was rushed back into theatre.

It all just happened so quickly, and then all we could do was wait.

Thankfully the operation successfully removed the clot and Mia was transferred back to the intensive care unit. A week later things slowly started to improve.

The machines and medication started to fall away and our daughter was coming back. It was so emotional but with every little movement, from the fluttering of eyelids to the twitching of her hands and feet, we were overjoyed.

Having spent two weeks being cared for by the intensive care team Mia was moved to another ward, where she quickly made progress with her physical movement. This was really important to us as Mia had always enjoyed being outside and keeping active.

We knew it would be a long recovery journey, but with the help of the amazing team at the hospital, we began to see a real difference in Mia.

In September 2019, Mia was able to return home and celebrate her 13th birthday. It was then we got the news that Mia had a placement at The Children’s Trust in Surrey. Mia was doing really well and had regained many of her physical skills, but she still needed support, especially with her cognitive functions like attention, memory, and language.

Mia adapted quickly to her surroundings and was keen to take part in lots of different activities with the specialist play team. These varied from entertaining other young people on the piano in the communal lounge to competing in a penalty shootout with Fulham FC players – and even scoring a goal!

During her rehabilitation, Mia had to return to Addenbrookes Hospital for her cranioplasty operation, where a titanium plate was fitted to her skull. It was ironic really as the song Titanium was a real favourite of Mia’s at the time. It has become a bit of an anthem for her.

In December, Mia performed on the piano and sung in front of friends, family and staff, before ringing the ‘going home bell’ to mark the end of her rehabilitation journey at The Children’s Trust and celebrate all that she had achieved. It was a really poignant moment for both of us.

Coming to The Children’s Trust has helped Mia so much – and me! All the staff are just so supportive and being able to socialise with the other young people has really helped restore a new level of confidence in her.

Mia is enjoying being back at school with her friends and she has returned to her gymnastics class. Since being back, she’s even been able to complete an aerial on the bouncy mat, something we never thought she’d be able to do again.

Changes due to lockdown

When government guidelines were introduced last year, it meant that myself, Mia and her sister Isobel, had to isolate at home.

We were living the opposite of what our lives had been like after Mia’s accident – we went from being separated as a family to being together all of the time. My partner Stuart was able to work, but us girls spent time together at home and even learnt some new songs on the keyboard.

It is important to stay positive, and we tried to dedicate some time each week using our own technique.

You close your eyes, put your hand on your heart and think of a happy memory, hold that memory in your head, give it a colour. Think of the warmth of that memory and take it from the top of your head to the tip of your toes. I could feel the warmth throughout my whole body. It was amazing!

Mia and I often shared our memories with each other. Hers was waking up in hospital and recognising me being her mum, and mine was when she laughed for the first time after all the trauma she'd experienced.

Mia continues to be all singing all dancing. She has recently joined an acro class and is loving it. She is also having sessions with The Song Writing Charity, which our local neurological rehabilitation centre put Mia’s name forward for. It’s a wonderful organisation run by a man called Nathan Timothy; he encourages song writing and music technology for mental health and wellbeing, allowing Mia to express herself through music.

Mia has an online session once a month with Nathan, sat at our piano as they bounce ideas between the two of them. The hope is to finally meet when restrictions allow to possibly record a song to release on Spotify, so as you can imagine, it is very exciting.

As a family we couldn't be prouder of Mia and we will be forever grateful for The Children’s Trust and everyone that has helped Mia in her journey so far. 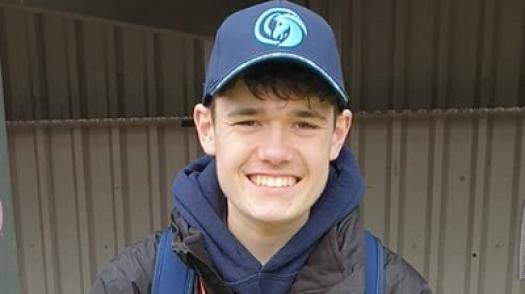 Sam was 15 when a speedway racing accident left him with a serious brain injury. Mum Claire shares their story. 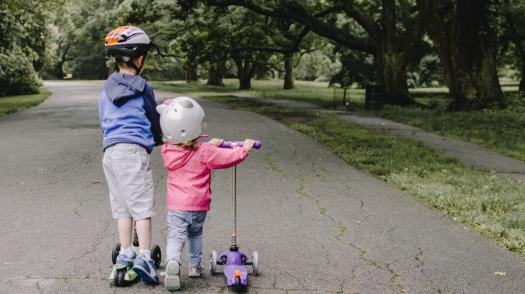 Our guide to the different people and services who may be able to support you and your child.