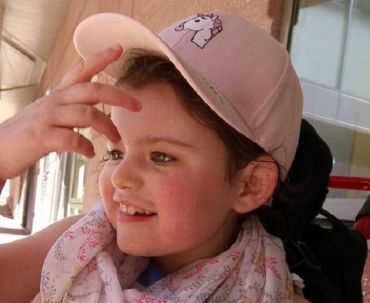 As a mum I want to share my experience with other parents. Thinking back to the early days and hours after Chloe’s brain injury it’s amazing to watch my daughter learning every day and see how far she has come. 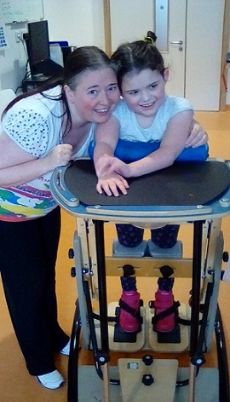 Chloe was a happy six-year-old when she had a seizure that lasted over an hour. She had a mystery infection that week – but as a child who had suffered febrile convulsions we were used to Chloe having short seizures when she suffered a high temperature.

That day, in December 2017, we were at the doctors as we couldn’t get Chloe’s high temperature under control. Suddenly in the waiting room she had a 2.5 minute convulsion and bumped her head resulting in a small cut.

An ambulance was called and Chloe was moved to the nurse’s room. It was then that she had a seizure lasting over an hour.

Chloe received four doses of diazepam but it didn’t touch the seizure. The practice nurses were amazing at helping me keep Chloe’s airways clear – without them she wouldn’t have made it to the hospital.

Chloe’s brain injury was a result of the arrests which caused a lack of oxygen to the brain.

Our experience of medical professionals

As a parent, medical professionals can come across as tough but looking back I realise why they can’t promise that everything will be okay.

I have so much respect for the medical staff. I remember the phone call from the ambulance telling the hospital we were coming and needed a bed urgently. No bed was not an option.

When we arrived at Ormskirk Hospital I remember the senior consultant and his team from the North West and North Wales Paediatric Transport Service taking over the room, getting everything in order instantly, then getting us to Alder Hey Children’s Hospital. 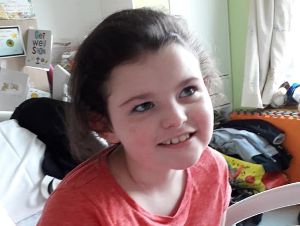 The consultant visited Chloe a few days later to check how she was doing and in conversation told me she was the sickest child he’d seen in months. I’m so pleased he didn’t give that away at the time.

I remember being told after the arrests when we arrived at Alder Hey that putting Chloe on the heart-lung machine (the ECMO machine) was not a case of being the best hope, but ‘the only hope’.

Chloe was described as ‘critical but stable’ once she was on the heart-lung machine – but she was then sedated as she was moving around a bit.

As a parent you quickly learn what the numbers on the machines mean and what to watch.

We’d gone from panic to stable but it did not end there. The machine was not working at the expected rate so another consent form was signed, this time to make a minute adjustment.

Due to the placement of chest drains, Chloe’s liver was accidently cut. Surgery would take place the following day (we were so thankful for the surgeons who came back off their Christmas holidays to perform the surgery).

The surgery was straightforward but those first days in hospital saw us move from one thing to another in a matter of hours.

The next hurdle was the suggestion we try Chloe off the heart-lung machine. My initial reaction was ‘Are you mad?’ as it was less than 24 hours after surgery and many children are on these machines for days. 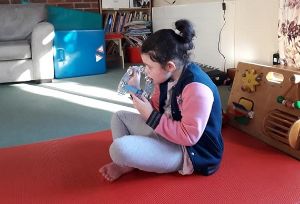 We went with it. At this point we weren’t sure until Chloe was off the ventilator whether she could breathe on her own. If there is swelling on the brainstem there is nothing you can do.

Not knowing is the hardest thing in the world.

On Christmas Day Chloe started breathing on her own. What a Christmas present! This signified Chloe’s brainstem was intact and there was a good chance she was going to wake up.

Chloe astounded staff at Alder Hey in the first few days after the long seizure, arrests and liver laceration. They continued to be amazed throughout her hospital stay and rehab over the following year.

After almost a year in hospital Chloe moved from Alder Hey to our new adapted family home just before Christmas.

It was Christmas Eve 2018, a year after Chloe had starting breathing on her own, when I received the call that Chloe could go to The Children's Trust for a rehabilitation programme.

We had three weeks at home over Christmas and New Year and in this time Chloe started moving around more on the floor as she had a bigger space than at the hospital.

Chloe has now had two months of residential rehab and she can sit up independently. The doctors at Alder Hey are baffled when they hear of her continuing progress.

Chloe goes on a walker every day (she was on a standing frame in hospital). She can set her feet firmly on the floor and is getting close to a standing transfer. 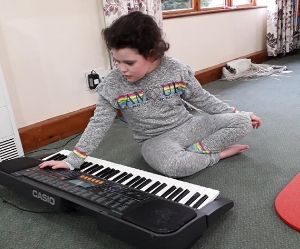 Moving herself down from the sofa or low bed onto the floor is another thing Chloe can do. She can move across the room on the floor and can shuffle up the bed. Chloe’s hand movements are better too – she’s even learning to sign.

After what we went through we never thought Chloe would move like this again.

Chloe eats normally now when it was a liquid diet then puree for many months. It’s great seeing her eat finger food and chicken nuggets are a firm favourite – they always have been!

In the past week Chloe has got her voice back! She was vocal for a little while in hospital but she now makes her feelings known vocally and will shout if you ignore her!

If I ask Chloe to do certain things she can usually follow, such as to move up the bed. She is learning to problem solve for herself and her feet are more controlled. Her mobility has probably improved the most but her personal interaction is also much better with more eye contact, listening and understanding.

Chloe shows her excitement when she hears certain songs and stories – the Going on a bear hunt story is a clear favourite!

We have come a long way and are excited about what’s next. It’s hard to believe how far Chloe has come. 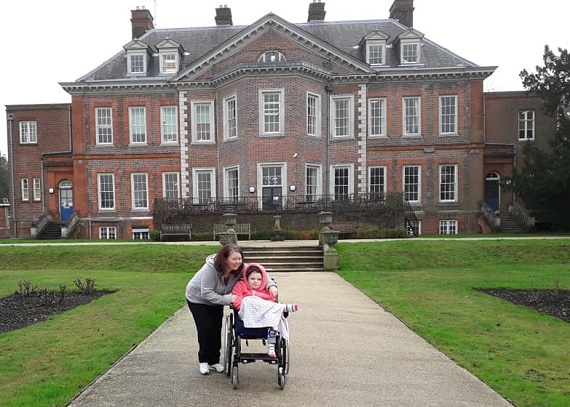 Following her brain injury Chloe spent a year in hospital then had residential rehabilitation at The Children’s Trust. Mum Sara looks back at their hospital experience and shares Chloe’s progress.