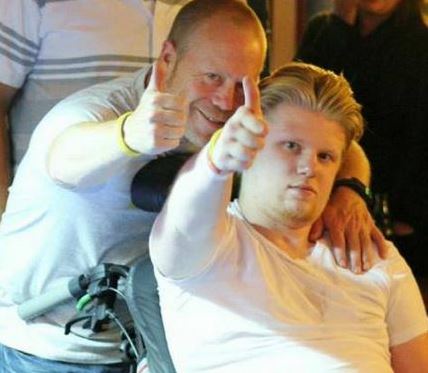 At age 16, Ryan was cycling when he was hit by a van. Ryan, conscious of ruining his hairstyle, hadn't been wearing a helmet. Ryan remained in a coma for 123 days and his family were told that he might not survive.

At the time his family, although in shock and grief, released an emotive image showing Ryan’s father, Mark, cradling his son’s head as he lay unconscious in a hospital bed, in the hope it would encourage other cyclists to wear helmets.

Ryan's dad Mark was interviewed for television to talk about his helmet campaign, which he launched soon after Ryan's accident.

Eye activity suggested that Ryan might be registering voices around him but there could be no certainty until, four months after the accident, Ryan opened his eyes.

His family had been talking to him, including telling him he had passed all his GCSE exams, including gaining A grades in maths, English Language and Literature and an A* in PE.

"I asked him to say hello and he took a deep breath and said, 'hello'," said Mark of the first time Ryan spoke following the accident. "After jumping around for 10 minutes I composed myself and thought I'd push my luck and ask him to say dad. He did. Then he went and said ‘Mum’."

After hospital, Ryan received nine months of intensive rehabilitation at The Children's Trust, the UK's leading residential centre for young people and children with brain injury.

The family were able to stay with Ryan and despite the 400-mile round trip to be there, it meant that they were able to encourage him in sessions.

Defying prognosis and the importance of encouragement

Ryan still has a long way to go. However, Mark says he takes great pride in every new improvement in Ryan.

His left side is still extremely weak. He's had operations on his feet to get a better angle to help him with walking. He's back at school and getting therapy there.

One of Ryan's biggest achievements is his grade A in GCSE maths.

"The school has learnt that cognitively, he is still in there. It is just a process of plucking it out and encouraging him to do the things he can do," Mark said.

According to Mark, Ryan's friends have been integral in his recovery, coming to visit him every week.

"Since we've been home, it's not just about family all the time, and therapists," said Mark. "It's about his friends. He's trying to emulate them again. His determination has shone through since he's been home so we'll just keep working with that. "

The family are aware that Ryan will not fully regain some of his skills. Mark explained: "Unfortunately these sorts of injuries are life-long. Ryan's doing really well but he's got a long way to go yet.

"Ryan has defied medics with his progress. From day one, his prognosis was bleak; he wasn't expected to be here. We were supposed to prepare for demise. Then we were told he wasn't going to be able to do anything again. And now he's going from strength to strength. He's stuck two fingers up to quite a few prognoses. And long may that continue."

In 2017, Mark spoke about Ryan's journey at the British Travel Awards.

In both 2017 and 2018, Ryan and his dad Mark took part in the Superhero Tri sports event – read about it here. 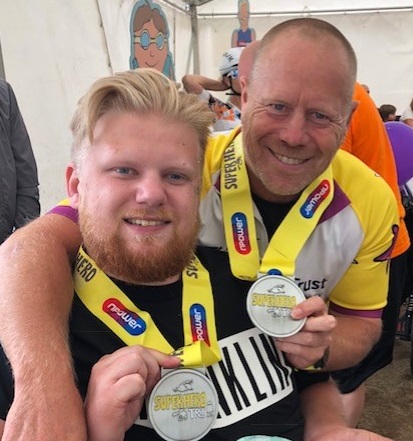 The UK disability sporting event took place on Saturday – we went along to find out more and caught up with participants Ryan and Mark.