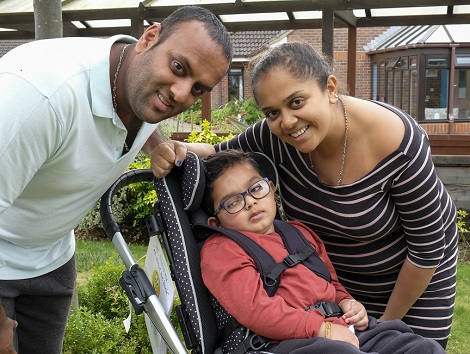 Kai was left with a serious brain injury in 2016 when he was involved in a road traffic accident.

The two-year-old was crossing the road with his grandfather in north-west London when a vehicle went through a red light and hit them both.

The van driver was using his mobile phone at the wheel.

Kai received hospital treatment to save his life. His grandfather recovered from his injuries but Kai was left partially blind and is unable to walk, talk or swallow.

Kai was airlifted to The Royal London Hospital where he needed emergency surgery to release the pressure on his brain. He was then transferred to Great Ormond Street Hospital where he stayed in Intensive Care under a ventilator for several weeks.

The family were told that Kai’s chances of survival were minimal. The family had to make the decision to withdraw his ventilator, but a family member said: “The superhero he is, he started to breathe on his own.”

From hospital to rehabilitation

After a stay at Northwick Park Hospital, Kai went to The Children’s Trust for intensive brain injury rehabilitation to try to re-learn how to move and communicate. Kai’s mum Niyutee stayed there with him for eight months while dad Rakesh visited on weekends.

Niyutee said: “The Children’s Trust was our home for eight months and being able to stay onsite with Kai during that time made such a difference.

“It not only allowed me to be involved in his rehabilitation but it gave me the chance to sit around the dining table, sharing experiences with other parents who understood what we were going through, which was invaluable.”

The family then returned to Stanmore, London, moving to a new home that had been adapted to suit Kai’s needs.

Speaking on how Kai is doing, Niyutee said in a video and story on Sky News: "He's obviously very changed. He is not independent, things are done for him." 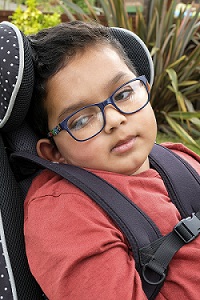 Since the accident Kai’s parents have been very involved in raising awareness and funds for brain injury.

Niyutee and Rakesh both took part in a skydive in September 2017. They were joined by a team of 20 and raised over £12,000 for The Children’s Trust.

Kai is now four years old and his parents, along with friends and family, recently started a campaign for a change in the law with tougher sentences for drivers using phones.

This has been backed by the family’s local MP, Conservative Bob Blackman.

The driver that hit Kai and his grandad had been using a handheld mobile phone at the time of the accident and was given a two-year suspended sentence for each victim.

Speaking about the campaign, Niyutee said: “Our lives have been changed forever. We’ve started two petitions to change sentencing for drivers on mobile phones causing serious injury/death. One is on Parliament's Petitions website while the other is on Change.org. We want to do whatever we can to stop this happening to other families.” 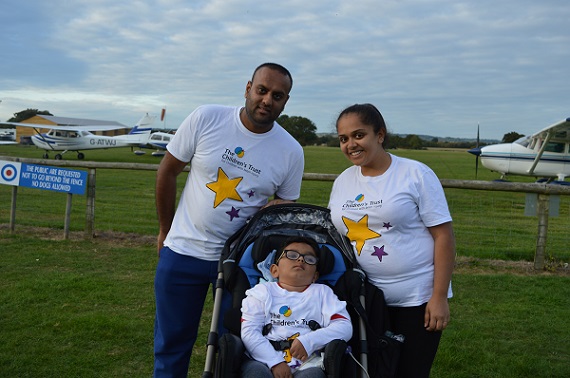