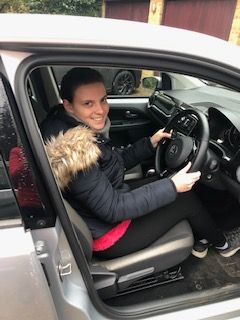 To see whether I was aware enough and allowed to drive after my brain injury I went to an assessment at QEF(Queen Elizabeth Foundation) in August 2016.

The whole assessment took three and a half hours. I was tested on different things such as reaction times; an eyesight test; a test to see if I could multitask; hand eye coordination. I was also tested on aspects such as peripheral vision and audio.

The tests were really hard and the assessment was extremely tiring but I quite enjoyed it. Being assessed is really thorough and can determine whether it’s safe for you to drive or not.

At the end of the day they said I’d passed with flying colours. I was relieved.

They said I could try driving an automatic and a manual car around their track. I tried the manual first then the automatic. It was really exciting to drive a car for the first time.

Afterwards I was given a list of driving instructors and told I should apply for my provisional license ASAP to start driving lessons.

Finally my provisional license came through. I think it took so long as I have so many things on my medical record.

As my first driving lesson approached I was both excited and nervous. I decided to drive a manual. This really tests your memory as you have three pedals (the clutch, brake and accelerator) and you have to know how and when to use them.

I found my first lesson quite stressful as my instructor didn't always tell me what to do so I stalled a few times and panicked when I went wrong. I felt myself getting emotional and overwhelmed.

My mum had told me not to be intimidated by others when driving. I took her advice, although it was hard not to feel intimidated as big 4x4s were closely overtaking and being generally impatient.

When my second lesson came I was still a little nervous but I felt better than before. I still found things hard but I was more confident. 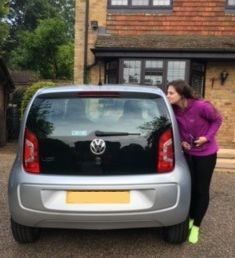 As the weeks went on, I had more and more hours of driving so mum booked my theory test. I spent hours reading the very long Highway Code. After my brain injury, I’m quite slow at reading. I always have been quite slow at reading but I think it’s slower now as it takes me longer to process information.

Most people can just read something and carry on, but I have to read it, understand it fully, and then carry on.

One of my hidden deficits is not being able to understand things properly. I have to have pieces of information broken down into small sentences or things have to be simplified to a short explanation or definition for me to understand (otherwise it’s like another language to me).

The time rolled around quickly and I took my theory. Unfortunately I failed. I knew where I went wrong as I didn’t read all of the Highway Code. I used an app on my kindle as I found a big book far too daunting to look at. As it takes me far longer to process information, I missed about 10 sections out.

I saw my driving teacher the next week and she suggested booking the next theory test and to constantly read the Highway Code. I spent weeks trying to read it and ensured I read some sections over and over so I understood them.

I took my kindle everywhere and downloaded the same app onto my phone to ensure there wasn't a minute wasted where I could have been reading. I did mock tests to test my knowledge. This was really helpful as it would tell me what answers I got right or wrong.

I focused on my weaker points reading over that section until it sunk in, then I would move on to the next. I did this with most sections that I didn’t understand.

Finally the day of my second theory test rolled around. I told myself to focus. It was also good that when mum booked my second test she asked for the questions to be read out to me.

So a voice came through the headphones and read the questions and if I wanted them read again, I just clicked on that sentence. This helped as it made the question seem clearer and more lifelike.

During this test I focused so much. I put it into reality and thought of a situation and eliminated the answers in my mind that I knew it wouldn’t be. I did all the questions but flagged a few. Then at the end I was able to go through all the questions again and change my answer if needed.

Eventually I got to the end of the test and got my results… I PASSED!!!! I was thrilled! Mum took me out for a celebratory lunch afterwards, which was so lovely.

Read part 2 of Charlotte’s blog. For more information see our page on driving after a brain injury. 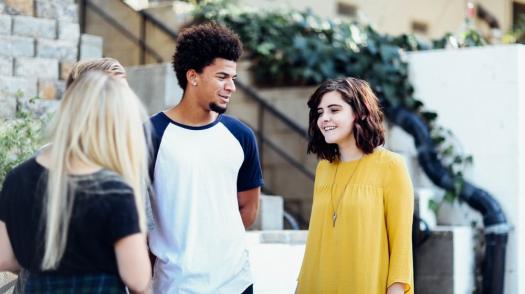 Charlotte had a brain haemorrhage on holiday aged 11. Now, aged 21, Charlotte looks back on the past nine years, in which she has made some amazing accomplishments. 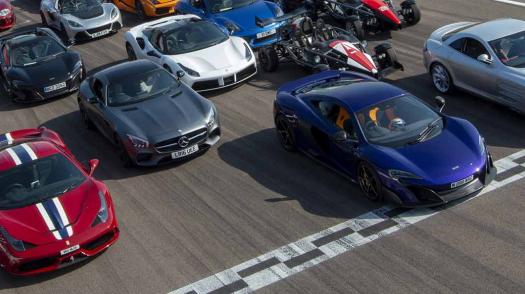 Read our guide to learning to drive after a brain injury including the practicalities and possible problems.

Charlotte continues her blog on learning to drive following a brain injury.