Towards the end of 2015 Maisie started to develop symptoms which, we now know, were due to a brain tumour.

Occasionally in the mornings she would be sick but then be absolutely fine afterwards, and when we got back from a holiday to Turkey Maisie began to complain of neck pain.

Initially we put this down to spending time on her iPad and took her to the doctors where she was prescribed ibuprofen for a couple of weeks.

At a parent's evening in the November, I noticed that Maisie’s left eye suddenly turned inwards before correcting itself. I mentioned it but she wasn’t aware that it had happened.

We made an appointment at the opticians who advised that it was a squint, prescribed glasses, and referred Maisie to the ophthalmology team at our local hospital.

Muscle weakness and getting a diagnosis

In December 2015 Maisie’s gymnastics coach told us that she was showing signs of muscle weakness on her left side. At home we started doing exercises to help with this and despite everything Maisie continued with her gymnastic and dance classes.

On Boxing Day everything got much worse. It was as if Maisie had had a stroke affecting her left side, and she suddenly had minimal use of her left arm. I made an appointment to see a doctor as quickly as possible and explained all the other symptoms to him.

Maisie was referred to an orthopaedic consultant to investigate the muscle weakness. It was the following week, when Maisie was walking to school and having to drag her left leg, that I knew something really wasn't right!

I called the hospital to find out when she was likely to be seen after the referral. After discussing it with Darrell, Maisie’s dad, we agreed that we weren't happy with the response and decided to take Maisie to see the same consultant but privately. The first question he asked when he saw Maisie the next day was 'what is wrong with her eye?'.

He confirmed the muscle weakness and referred Maisie for blood tests and an MRI. A week later, on 15 January 2016, we received the devastating news that Maisie had a brain tumour.

Maisie had a pilocytic astrocytoma in her brain stem and was immediately referred to Addenbrooke’s hospital. It was agreed a biopsy was needed and arranged for 4 February.

Maisie continued to go to school, travelling by car, but couldn’t take part in PE or playtime activities for fear of her being knocked over.

We took her to Addenbrooke’s on 2 February for her pre-op checks. She went into the hospital in a wheelchair and due to the pain she was having with headaches, it was agreed that the best thing to do was to admit her straight away.

After the surgery to remove the tumour, Maisie's lung collapsed and she was placed into a coma to allow her body some time to heal.

When she came out of the coma she was still unable to move, eat or breathe unaided. She underwent two further surgeries – one to enable her to be fed via a peg, and a tracheostomy so she could use a ventilator to breathe.

During Maisie’s time in hospital, she also had to have six weeks of radiotherapy to prevent future regrowth of the tumour.

Being discharged and moving house

Maisie remained in the Paediatric High Dependency Unit at Addenbrooke’s until 18 October. Darrell and I stayed with her as much as we could. One of us was always there.

Our world fell apart when Maisie was diagnosed. ‘Why us?’, ‘Why our little girl?’, ‘What had we done that was so bad?’, ‘Could we have done anything different?’. All these questions race through your head and no-one knows the answer or what to say.

'Sorry' was the most common word we heard, but we didn't need sorry. We just wanted our girl – our bright fun loving, dancing, acrobatic, beautiful girl – to be back to how she was.

But more importantly we just wanted her to survive.

Before Maisie could be discharged we had to move house because our family home couldn’t accommodate Maisie’s new needs. Alongside everything else, I sadly lost my mum to cancer. It was an incredibly difficult time for our family.

Still, Maisie was finally able to leave the hospital. She was still our girl, just with a few modifications. Her wicked sense of humour remained, and her smile and perseverance got us through the darkest days.

We first heard about The Children's Trust while in hospital but sadly at the time Maisie didn't meet the criteria for a referral – this was devastating for her and us.

We spent the next four years doing what we could to try and improve Maisie's mobility, starting with the smallest flicker and turning it into a movement.

But we weren't professionals, we were just her parents trying our best.

Maisie had several 'bumps' along the way. Sadly the tumour came back at the end of 2017 and Maisie developed hydrocephalus, a build-up of fluid in the brain.

Following this diagnosis, she had two more surgeries to have a shunt fitted, cancelling out most of the progress we had made with her mobility since being home.

For 18 months, Maisie had weekly chemotherapy to try and stop the tumour from growing. Thankfully this seems to have worked.

In November 2019, with Maisie now aged 14, we finally reached a point where Maisie's consultant felt that it was time to do another referral to The Children’s Trust in Tadworth.

Maisie now met the criteria. We were so excited with the news. And then, the COVID-19 pandemic began.

We finally arrived in Tadworth in August 2021, after almost 18 months of lockdowns and shielding. We were anxious but excited.

We had no idea what to expect but we were keen to see, if anything, what Maisie could do. She did not disappoint!

The team were all amazing. Maisie’s therapists listened to what we had been doing and were open to the suggestions we made. They seemed to appreciate what we had managed to do whilst being at home, especially since the original lockdown.

There was always someone available to talk to at The Children’s Trust and for the first time Maisie wanted to participate in psychology sessions. This was a big step as previously it was always something she had dismissed.

Maisie enjoyed all of her therapy sessions but her favourites were aquatic therapy in the hydro pool, she loved being in the water, and using the Diego robotics machine with her occupational therapist.

Unfortunately, we had to leave Tadworth in October 2021 slightly earlier than planned. There were a number of reasons but most pressing was that Maisie had become unwell with a chest infection that we just couldn't seem to shake, and we feared it might get worse if we continued to stay.

We were sad to leave on a bit of a low, however as soon as we got home I started working on ideas to get funding for her to be able to return. We think Maisie has so much more to give and she made real progress throughout her time at The Children’s Trust.

The staff were amazing, and we met some fantastic families and children who we hope to keep in touch with for years to come.

It was a great experience and Maisie achieved so much more than we could have ever hoped. There were many times when she surprised herself – let alone the shock on our faces most days! 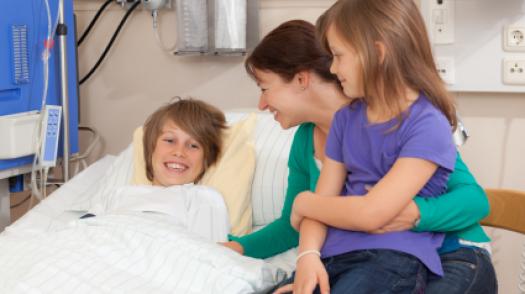 This section talks about your child in hospital after an acquired brain injury, the tests and treatments you may encounter, and the professionals you may meet along the way. 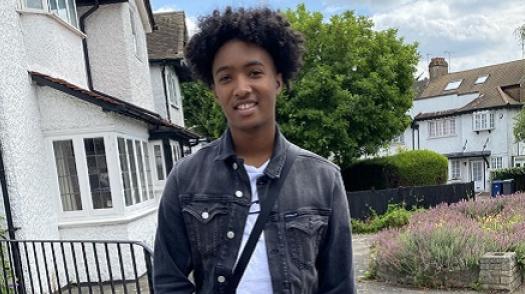 In January 2019, 16-year-old Jake had an operation to remove a brain tumour. When he woke up, he couldn’t walk or talk. Mum Bal shares their story. 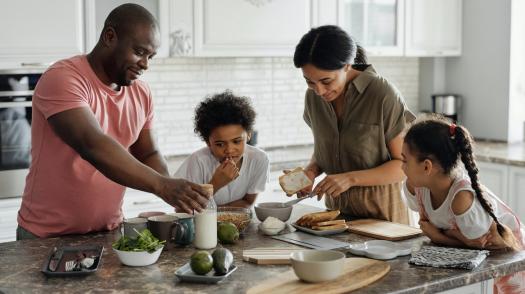 It is important for everyone in the family to look after themselves after an acquired brain injury and this section provides tips and advice.