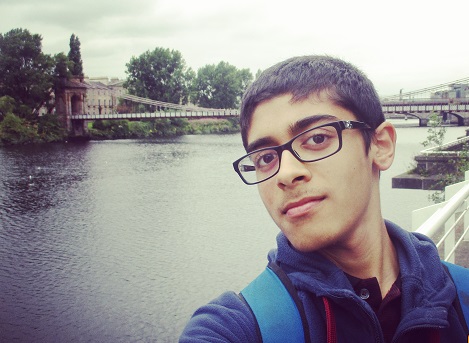 In the summer of 2017, I suffered a brain haemorrhage out of the blue. I was admitted to St George’s Hospital and spent seven weeks there. After that I came home and two weeks later I started attending The Children’s Trust.

Since my brain injury was in the cerebellum, my balance was affected as well as many other functions. I went to The Children’s Trust and underwent intensive rehabilitation in order to re-gain the skills which I had lost.

I wasn’t affected cognitively, my memory and vocabulary were unaffected. A six-week placement of five days was recommended for me.

I started off by using a wheelchair for long distances and a walker for very short distance. My walking was very limited and slow – this lasted for two weeks.

I then progressed to using a walker for short and longer distances and this lasted for a week.
Ever since then I have been walking completely independently and without any support or assistance for both short and long distances.

The therapists at The Children’s Trust made me work very hard and quite often I would get very tired. However, what kept me motivated to continue working hard was the fact that it was all in my benefit in the longer term.

The therapy hours were from 9am to 4pm, five days a week. I used to have approximately three sessions of physiotherapy every day as well as two sessions of occupational therapy.

I did a lot of work in physiotherapy of which some examples are increasing the speed of my walking by using the treadmill daily. I also did some exercises to practice running such as jumping, lunging, and gradually increasing the flexibility of my legs.

I think the most difficult thing to re-learn was practicing running. On many occasions I felt very sick and I noticed that it was very challenging for me but hopefully in the near future I’ll get there.

In occupational therapy I did some upper limb activities as my injury had affected the co-ordination of my right hand. To solve this, I practiced some typing and handwriting along with the handling of cards.

Alongside therapy, I had two sessions of school every day. The teacher was a specialised English teacher so I did a few writing pieces with her during my placement.

Gradually, my endurance improved considerably, and I was able to make trips to visit family in Birmingham and Berkshire.

It has been six months since my injury, and I hope to get back to my usual self in a few more months. I have regained most of the skills I had lost, however, more work remains to be done.

I am immensely thankful to the therapists at The Children's Trust who helped me on my journey and I couldn’t thank my family enough for supporting me throughout this whole journey. Ultimately, I am forever thankful to God for granting me a full recovery and for creating the means for my healing.

If I was giving advice to a young person in the same situation as myself it would be to show patience and look at the good side of the situation.

This page looks at the broad range of physical effects of acquired brain injury.