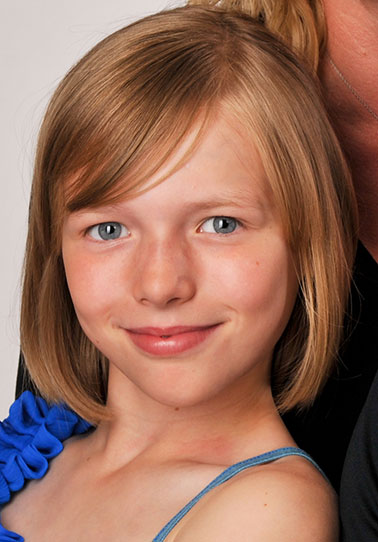 On returning from a holiday in Spain in September 2013, Elliott, then aged 7, felt extremely tired following the late night flight. The next day Elliott complained of a mild headache and continued to sleep for hours at a time during the day.

Things got progressively worse over the next week and we went to the GP twice, to be told that it was just a virus. Elliott continued to decline over the next few days and then started to vomit. So, on yet another trip to the GP, I insisted that bloods be taken as I knew there was something seriously wrong, and I felt the GP just wasn’t listening to me.

Within the hour, we had the call to say an ambulance was on its way. Once in hospital Elliott had a lumbar puncture and because the spinal fluid was cloudy, was treated for meningitis. After five days and no improvement, the meningitis cultures came back negative.

It was only then that Elliott was scanned and an abscess the size of an egg was found in the brain, which had completely displaced the right frontal lobe.

We were transferred immediately to the specialist paediatric neurological surgery unit at Oxford. The neuro-surgeons performed a craniotomy to drain the infection, while the ENT surgeons went in through Elliott's nose. Unfortunately the abscess filled up again and again, three further operations were needed, each time at more risk.

That said, Elliott had no seizures or strokes whilst in hospital, and despite severe headaches, remained cheerful and determined to get well and became a strong emotional support to other children on the ward who weren’t coping so well.

After many weeks in hospital and with me spending every moment by Elliott's side, we came home, with a return to school part time. We had six months of community nursing to administer IV antibiotics. Elliott struggled emotionally as activities were advised against due to the craniotomy injury and the antibiotic PICC line.

We saw excessive behavioural changes, which as a family we didn’t fully understand at the time. We were just trying to cope from day to day and I was trying to hold down a full time job, as I still had a mortgage to pay on my own.

The medical condition had been treated, but we were very ill prepared for the emotional fall out, especially for Elliott's sister, Perrie, who is two years older. She really took the brunt of it and it was such an incredibly tough time for her.The grief and emotional strain at the time was all consuming.

It is three and a half years on now and Elliott still has extreme migraines and non-epileptic seizures, but we are learning to cope with new behaviours and have some strategies to minimise them. Elliott is in mainstream school, and while the frontal lobe injury does affect concentration and memory amongst other things, Elliott applies herself well and is popular with peers.

Elliott is an awesome young child, as is Perrie, who is now a great support for Elliott. I’m truly blessed, I am so proud of them.

Sure, Elliott does have anxieties about how the injury will have an impact in the future, and now at age 11 is moving into adolescence, which is hard enough anyway even without additional complications, I think.

I myself, feel positive about the future after accepting my PTSD, and Perrie wants to become a child psychologist/therapist at which she will be wonderful.

Thank you for letting me share our story. It has helped so much to know that we were/are not alone, and that the feelings and emotions that we have had are normal, expected even, and nothing to be ashamed of.

This section looks at the ways in which acquired brain injury might affect other children in a family.

This section looks at the way acquired brain injury can affect the rest of the family.

Our guide to how behaviour can be affected by an acquired brain injury.