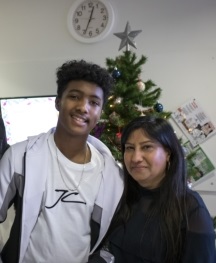 My 17-year-old son, Jake, finished residential rehabilitation for his brain injury just six months ago. Last year he had a brain tumour removed and he needed to rebuild many of his skills.

Unfortunately lockdown came at a pivotal point in his recovery, which I think has been hindered due to so many of the restrictions. When he left The Children’s Trust in December, he was able to walk on his own and only relied on his wheelchair for long journeys.

A stop on physiotherapy sessions

He’s had over three months without one-to-one physiotherapy, which he’s meant to have on a weekly basis. We have had some video sessions and his physiotherapist has kept in regular contact, but just it isn’t the same.

We had lots of sports activities planned to progress his mobility and we’ve not been able to do these. We have been going on daily walks and hopefully that will mean his walking will continue to improve, even if it’s at a slower rate.

I recently got in touch with Jake’s occupational therapist to order him a splint for his hand, because he has been struggling with using his hand.

I was not prepared to wait until lockdown is over; I am so pleased that the splint seems to be helping. 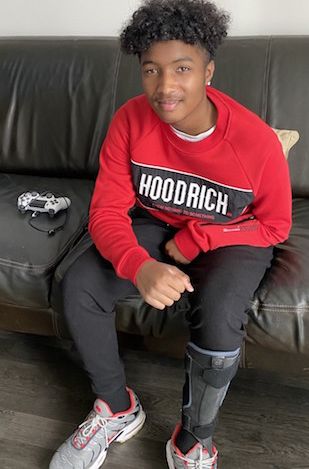 Jake had to have his last chemotherapy session at home. The chemo drugs were couriered in. I was so pleased it went ahead but we were informed that his treatment would be reduced. This left us both a little disappointed. He has a scan booked for later in the month so this is reassuring.

A change in support offered to us

Due to Jake’s vulnerability, I have been the only one looking after him. At the start of the pandemic, we had little support from the local authority. We received no communication regarding his vulnerability. All his appointments were also cancelled.

However once we got him registered, things started falling into place. We received regular food parcels and volunteers from local charities helped out with shopping and collecting prescriptions. We have now had a video call with Jake’s youth worker so that was positive.

Before the lockdown, we were waiting for adaptations to be made to our bathroom to make it more accessible for Jake. This has now been delayed.

A return to normality

Jake is keen to return to college. I have certainly found it challenging keeping him focused and motivated for the duration of the time. We have had some communication with his teachers but it hasn’t been enough. We are both hoping he can return in September if the necessary steps are in place. We're a little bit in limbo at the moment though, not knowing what will happen.

Jake is particularly missing football training. He’s constantly asking when he can start back.

Whilst he feels he’s been robbed of some special time, I have no doubt that once everything is back to normal, Jake will achieve every new goal he sets himself. We’re both taking it one step at a time.

Disabled children and their families have been left in lockdown with vital care and support withdrawn during the coronavirus pandemic, a survey by the Disabled Children’s Partnership (DCP), has found.